Now anyone that knows me knows that I am not a religious person. I was not brought up with any type of religion, in fact the only times I have been in Church is for weddings and funerals.

There was a time, around Grade 5 when I joined a Church group with a friend of mine. It was at, I believe a small Anglican Church. The group was called the Explorers and we wore white shirts, with a red ribbon tie with a little pin and a skirt. I only went for about 6 month or so because I did not attend the Church and therefore couldn’t go any further. I know that my friends’ parents would have taken me with them (they had 5 kids so what would be 1 more) but my parents wouldn’t let me. Said that it would cost too much. So, the only memory I have of my one time with a Church is this little pin:

And that was the end of my religious interests as a child. I knew that other family members (cousins) went to Church, friends went and many others but just not us. So, it really wasn’t anything that I thought about, even after having a child. It was not something that seemed to be a part of my life.

But then I started doing the family tree and the more I researched, the more that I found out that I had family on both sides (Paternal and Maternal) that were involved, sometimes quite heavily, in various religions. 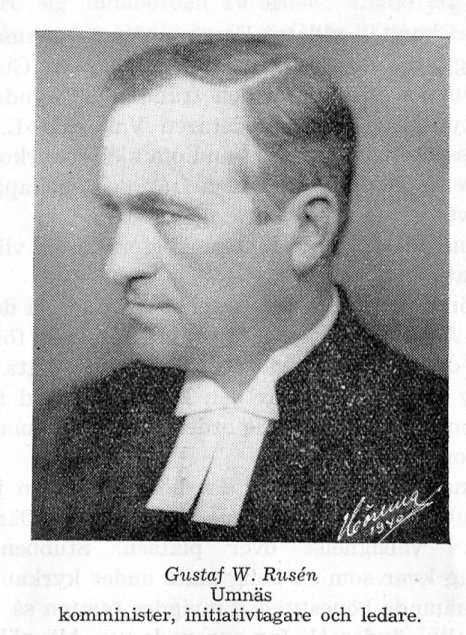 He was a Minister of a Church in Umas, Sweden which he helped to build and is buried in the cemetery next to the church.

This is a picture of him and his wife. You can see his outfit better in this picture.

I one day hope to go there and attended a service and visit his memorial to place flowers.

while working on the McCargar Branch of my family line, I found the burial location of some distant relatives, a 2nd cousin 4 times removed that are buried in an old Cemetery in New York — Groton Rural Cemetery. I entered the memorials, on findagrave.com, for the father, mother and several possible children from the burial index listed for the cemetery. Luckily, the list proved the plot numbers which gives a better chance of getting the photo requests filled for the pictures. Now photo requests can take awhile but luckily, these only took a few days.

Now the surprise was that on the top of the 2 daughters, Hester A “Hettie” McCargar and Mary E McCargar was that they died on the same day and it said “Killed at Tariffville on Jan 15, 1878”.

Now, I have seen were family members have died on the same date or within a week or so, but never listed as killed on the same day. I knew the chances of finding out how they were killed was small, but I thought I would give it a try. I googled “Tariffville 1878”. There were several links to the story, and a sad story it is.

On January 15th, 1878, 2 sisters, Mary and Hettie McCargar attended a revival meeting in Hartford, Connecticut to hear the popular Protestant evangelist Dwight Moody and singer and organist David Sankey. It is said that people would travel miles to hear his sermons and listen to the music.

When the meeting was over, the sisters, along with many other faithful, boarded the train at the Union Station heading home to northwest Hartford County, upper Litchfield County and New York state. The train left the station around 9:20pm and it was just a short time later around 10:15pm as the train was crossing Howe truss bridge that carried the railroad across the Farmington River that the accident happened.

The bridge reached the middle span and suddenly the bridge collapsed, sending the first part of the train down twenty feet to the dark, icy river below. I cannot imagine the terror of the people as the train fell on that cold January evening. Even though help arrived within the hour, 13 people including the McCargar sisters, died and 70 people were injured.

In the end, the Railway company paid the families of those that died between $300 -$600 per person.